Town streets are open to sledders in Old Forge and more than 500 miles of trails connect the village with nearby towns. Most of the trails are loops, allowing riders to begin and end their trip in Old Forge. New York State allows snowmobiling on trails in nearby Fulton Chain and Moose River Plains Wild Forests. Some of the trails in the region are mapped for GPS and smartphone users. Clubs and area businesses sell paper maps, and Mohawk Valley GIS (dynamicmaps.net) maintains an interactive map online showing points of interest such as towns, lodging and dining.

The International Association of Snowmobile Administrators established uniform signage regulations for trails across the United States with heavy snowmobile usage. Many, such as stop and yield signs, are simply smaller versions of highway markers and the rest are fairly intuitive. An orange diamond with a reflective border simply informs the rider she's on a designated trail. Brown and yellow signs indicate the trail number. Additional signs warn riders of spots where logging trucks cross the road, where trails are temporarily closed and where other dangers might not be apparent.

Old Forge, with hundreds of miles of trails, calls itself the "Snowmobile Capital of the East." Trails, groomed twice daily during the winter, connect with all of New York's other major trail systems and the Canadian border. Trails open in early December after the end of big game hunting season and stay open as long as conditions permit.

Interested in competition?  Inlet hosts the New York Shootout each year to test out the latest in stock snowmobile performance and put the pedal to the metal! 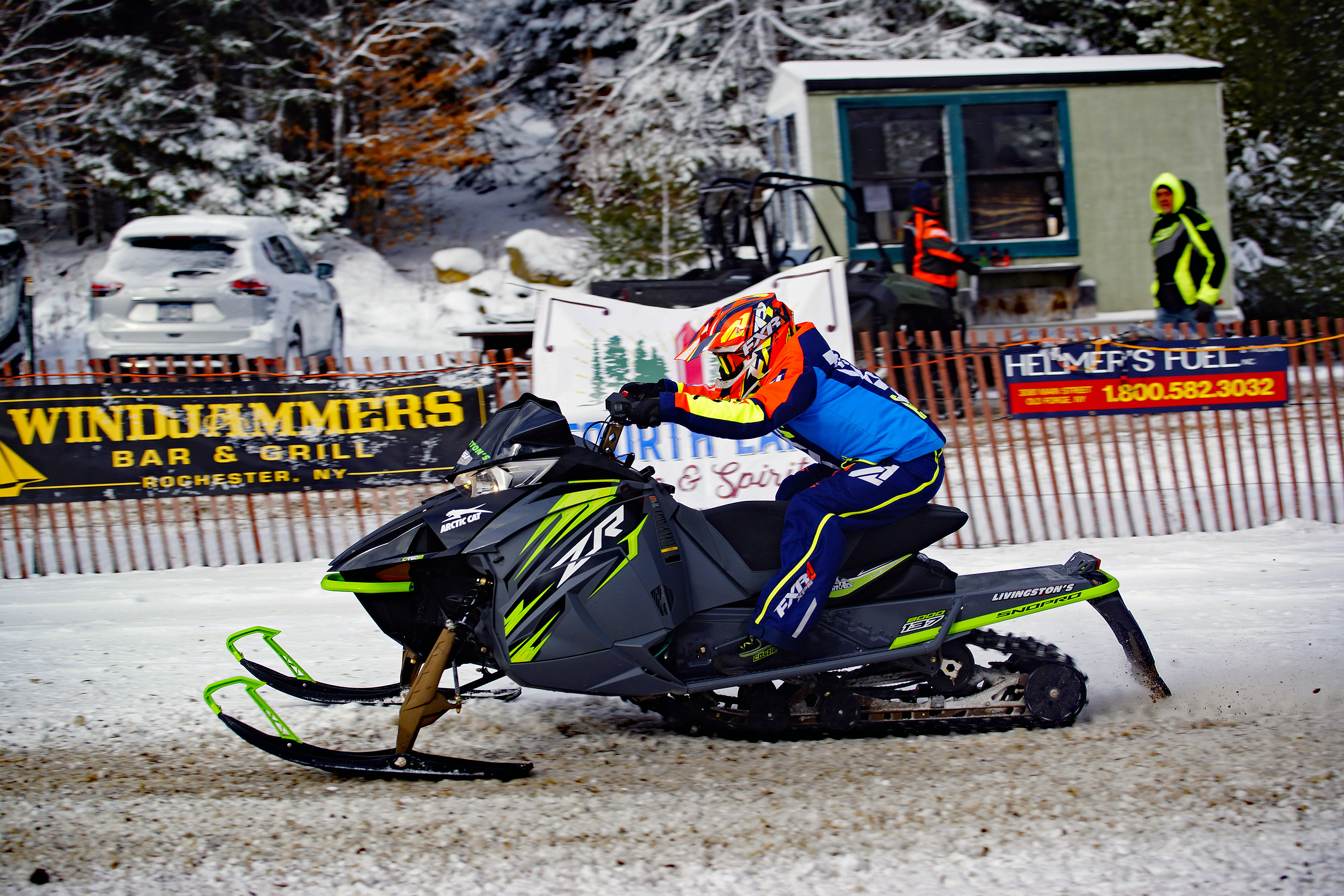 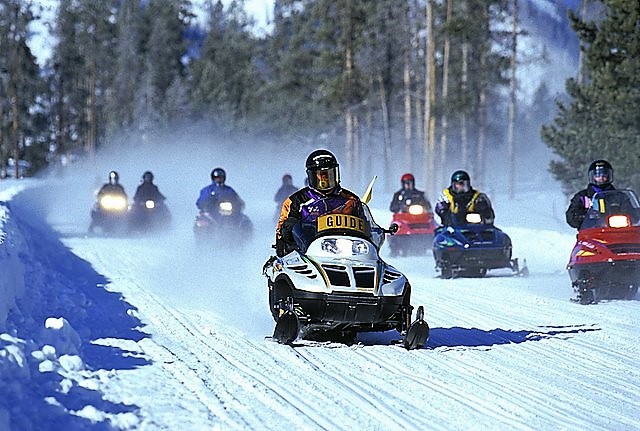